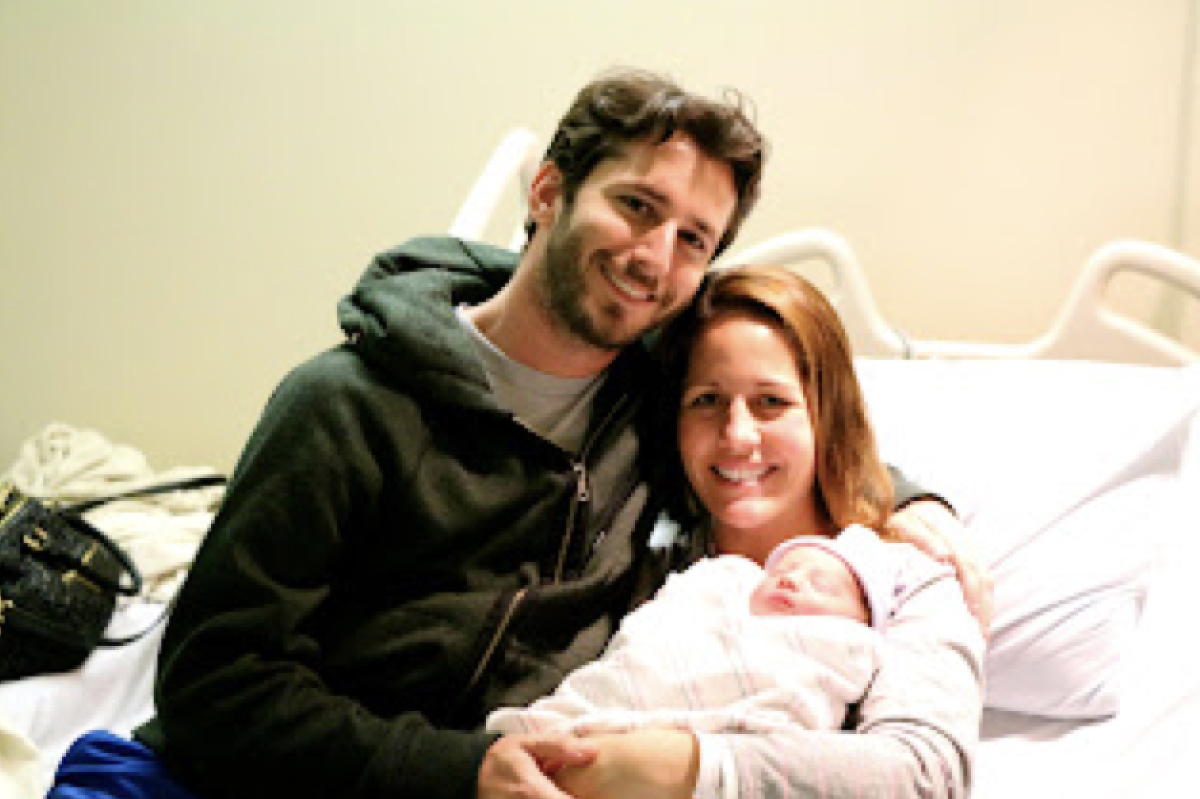 So many have asked for the full story of how ‘Backseat Zeke’—as my best friend dubbed him—came into this world. So here is the story of how I ended up delivering Zeke in the backseat of our SUV as Ezra drove like a madman to the hospital.

I prepared for a natural delivery, and our birth plan included trying to labor at home for as long as possible. The goal was to mitigate interventions by getting to the hospital sometime near the end of active labor or the beginning of the transition phase of labor.

I also had a doula whose 15 years of experience was preceded by a long stint as a midwife. She worked with me throughout my pregnancy and was going to be with me through the labor. We’d also taken so many classes and felt really ready for what (we thought) the birth would be like.

That morning, I woke up to the sensation of my water breaking.

An hour later contractions started and I went about my morning without much difficulty.  Around noon, Ezra and I took the dog for a walk and I laid down for a nap. My own mother’s labor had been 20 hours long and it is quite normal for a first-time mother to labor for a long time. We were confident this would be a longhaul labor.

When I woke up, the intensity of the contractions was increasing. It became harder and harder for me to focus and relax during the contractions. By 3pm the doula was on the way and Ezra and I were going through all the relaxation techniques we had learned.

After spending just about half an hour with me, trying different massage techniques and helping me through the pain, our doula said things were progressing much faster than she had ever encountered with a first-time mom, and we started getting ready to go to the hospital. She continually checked  and knew the baby wasn’t yet at the top of my pelvis, so we thought we still had a couple hours. But then I felt him moving lower and we realized this was coming faster than we thought—it was time to get in the car!

Our target hospital was going to be about an hour away due to traffic. Our doula was confident we’d make it in time—and would likely go right into pushing, which in a lot of respects would’ve been ideal for our overall birth plan—but she was concerned about how I would fare during the drive itself.  We talked about maybe going to a different hospital or calling an ambulance, but we decided to stick to the plan and drive ourselves.

It took a good 20 minutes to get downstairs from our room and into the car. The contractions were unbelievably intense and stopped me dead in my tracks every time. It took a few minutes to find a position in the backseat of the car that I could handle during the drive. I basically ended up on all fours in the backseat, mimicking the position I’d been in throughout much of labor. We had the foresight to get some towels down over the seat, just in case various fluids or anything else came out.

Right around 6pm, we were off to the hospital with the doula not far behind in her car.

About three minutes into the drive, I had a huge urge to go to the bathroom and started screaming to Ezra, “The baby is coming! THE BABY IS COMING!” Ezra did his best to help me relax through the breathing techniques we’d learned, thinking it was just the same sensation I’d had for a while that would last for some time til the baby came.

But with the next contraction, a whole new feeling came through me.

“The head is out! THE HEAD IS OUT!” I screamed. Ezra, not thinking it was possible, turned around to look, and utter shock came over his face as he saw that Zeke’s head really was sticking out of my underwear, which I was still wearing and wore throughout the entire birth.

Ezra frantically changed direction, screaming “We’re going to Huntington!” and tried to get the doula on the phone. I was in total shock, seeing Zeke’s head between my legs, and not seeing him move or breathe. I burst into tears, screaming that he wasn’t alive. Ezra, who was in commando driving mode, did everything he could to reassure me things would be ok as he weaved through traffic, blaring the horn and trying to call the doula.

A few seconds felt like hours, and another contraction sent Zeke flying out between my legs and into my arms. I caught him, in total disbelief. The umbilical cord was everywhere, there was blood all over the place, and here I was, now holding my brand new baby.

Before I could think anything else, Zeke started crying.

The cry sent waves of relief through us, the terror and horror that we had lost our baby and messed everything up transformed into a happy, hilarious shock.

Ezra kept driving like a stuntman, flying down the center median, driving on the wrong side of the road at times, honking his way through red lights and stop signs.

Just a couple blocks from the hospital, he came up on a motorcycle cop, paused, rolled down the window and shouted “We-just-had-a-baby-in-the-car-we’re-going-to-the-hospital-aaaah!” The officer simply waved us along, sadly not providing a police escort that might’ve been very helpful, but at least not stopping us or caring as Ezra blew a red light right in front of him.

Moments later, we pulled into the ER, with our doula right behind us. She immediately ran up to me in the backseat with a look of happy shock on her face as she found me and the baby doing ok. Ezra ran into the ER, screaming at the nurse’s desk something similar to what he’d said to the cop moments earlier and then ran back out to the car, getting his first glimpse at our baby and the bloody scene in the car.

Despite the terror of minutes earlier, we both could not contain the smile on our faces.

Within minutes, doctors and nurses gathered out front by the car to assess the situation. None were in a rush to do anything as baby and mom appeared to be perfectly fine. It took a few minutes to figure out how to get me and the baby on the stretcher, as the cord was still connected and all over the place. They wheeled me in but I was so oblivious to everything going on, just staring at Zeke in my arms. Ezra was trying to keep up with me while answering a barrage of questions, my medical info, our insurance info and everything else they needed to admit us.

It became clear that the ER wasn’t entirely used to dealing with deliveries. The doctor cut the umbilical cord a good three feet away from the baby. A nurse jabbed me with an IV in about the worst place possible in my arm.

Another nurse, trying to record all the birth details, asked, “What time was he born?”

We hung out in the ER for about 10 more minutes as the doctors and nurses did a few checks to make sure there was no excessive bleeding. Finally, a team from the labor and delivery wing arrived to take us to their department to finish delivering the placenta and get back into a somewhat normal birthing process for the final stretch.

As they wheeled us up to the delivery wing, a nurse near my feet looked back at me, and, startled, asked, “Wait, is your underwear still on?”

“How is that even possible?” she asked, eliciting shrugs from all of us. 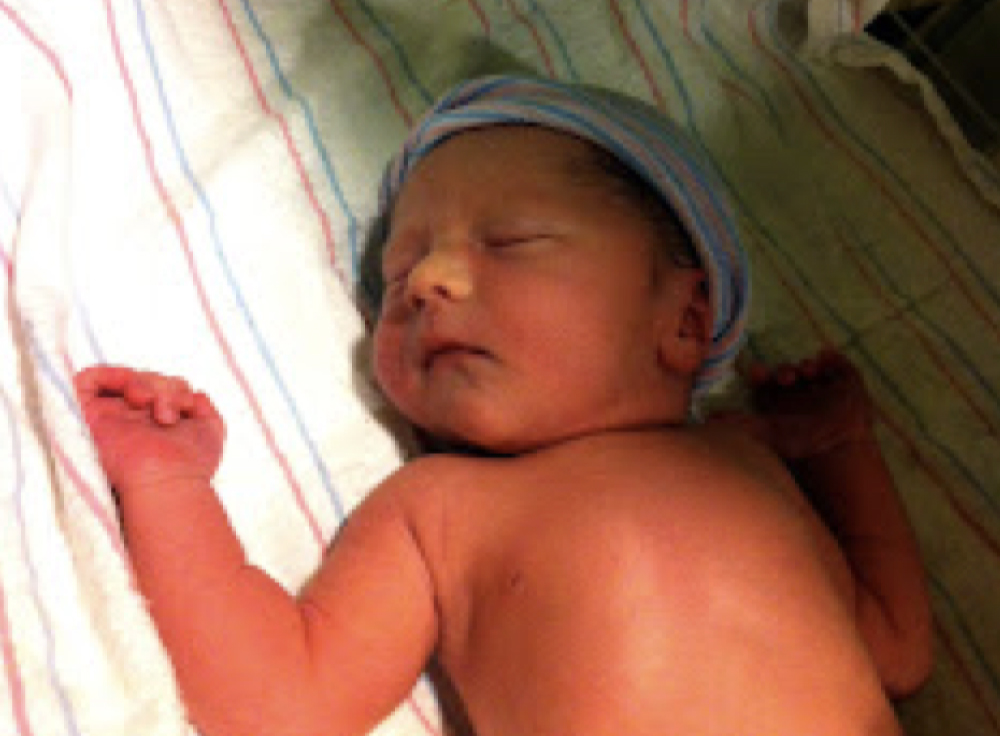 Finally, I made it to a delivery room, where I delivered the placenta and we got to spend a few precious moments together as a family before calling our friends and family to tell them what had happened.

Between the adrenaline from the car ride and the usual new-parent feelings, both giddy and fearful, it was impossible to sleep that night. I mean, how can you look away for a second, in case something happens to the baby?

Needless to say, things did NOT go as planned, and that’s why I founded Mama2Mama. No matter where they are in the world, new moms can’t always assume or plan the perfect birth, but we can show up and provide them with the support they need when things aren’t going well.

We can make sure mamas know they’re not alone and that, no matter how crazy things get, we’ve been there and will do whatever we can to make sure they start their motherhood journey happy, safe, and loved. 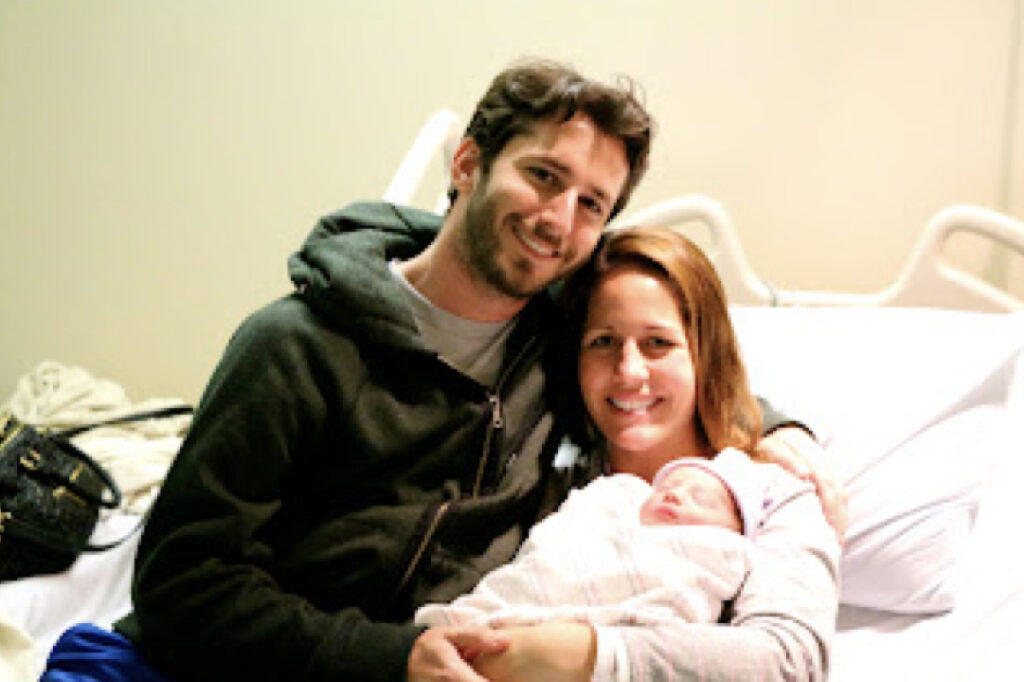 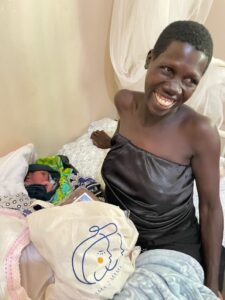 Thanks to you, our third round of kits is headed 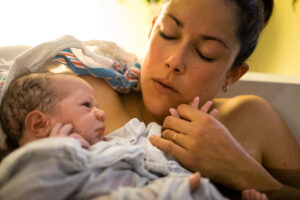 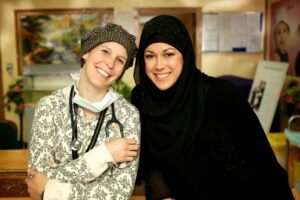 From A Pregnancy Test In Iraq To the Birth of Baby Jack! 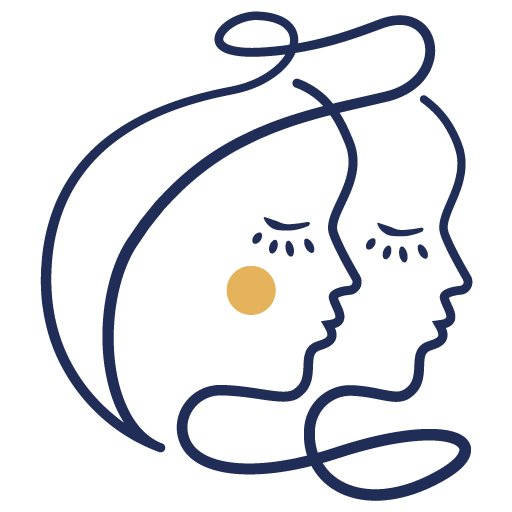